← more from
Stonetree Music
Get fresh music recommendations delivered to your inbox every Friday.
We've updated our Terms of Use. You can review the changes here. 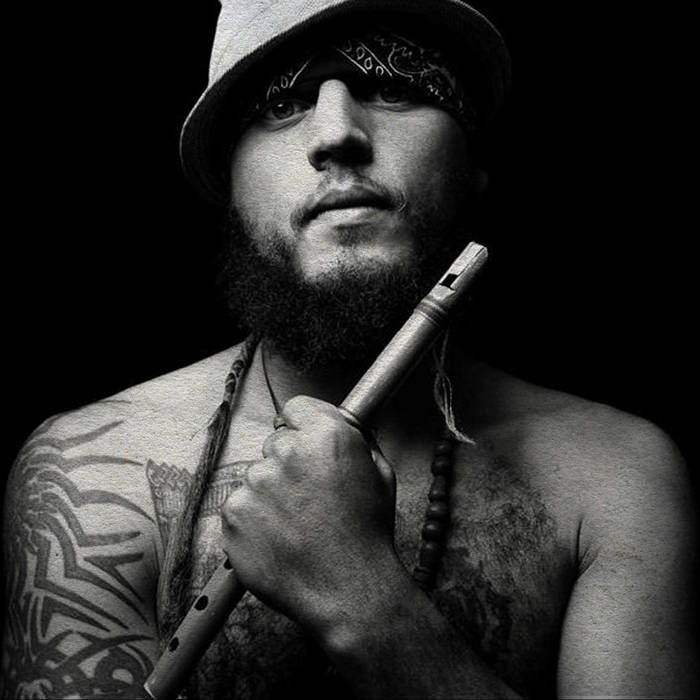 karnalito Fronterizo Great production! I have listen to this artist ever since he was with “Barrio Candela” another amazing project!

tom wareham Yeah - turn this one up in the car!

“The Mayan identity is being eroded every day and it pains me to see children being ashamed and even afraid of their own culture, I believe music can help. This is our way of carrying on with the struggle“ — Doctor Nativo


Guatemala’s Doctor Nativo is one of Central America’s most exciting new talents. His music layers Mayan spirituality, social activism, and folk wisdom over a propulsive sound combining reggae, cumbia, hip hop, and pre-Columbian instruments. His debut album, Guatemaya, (due out September, 2018 on Stonetree Records) is a call for social justice for his country’s indigenous majority.
.
Doctor Nativo (real name: Juan Martinez) grew up in Quetzaltenango, Guatemala. In 1990, during the bloody cold-war era Guatemalan civil war, Nativo’s father, Arturo Martinez, was assassinated along with five of his friends. Nativo’s childhood, which began so happily, came crashing down. His earliest memories working as a DJ when he was as young as five at his dad’s restaurant, “El Copetín”, turned tragic.

“At ‘El Copetín’, there was always music playing, Salsa, Reggae, Boleros, Cumbias…music was the only escape from the horrors of the civil war that consumed the country for over three decades. My dad was very charismatic and compassionate; he was always ready to help people. He had friends among the Guatemalan guerillas and would often let them use the restaurant for their meetings, sometimes they would even come to the house for food and water because we always had supplies from the restaurant.”

By the age of fifteen, Nativo had left school and had taken up the life of a traveling musician. After busking his way through Europe, India, and Latin America, life brought him to Cuba (the country of his father’s birth),to study at the Escuela Nacional de Arte in Havana. Eventually he settled in Barcelona, where he played music in the street, every day, for years, and found his voice through direct contact with the people.

In 2010, Nativo returned to Guatemala, where he attended his first Mayan ceremony and discovered his nahual (Mayan animal spirit), beginning an intense spiritual journey. Two years later, Nativo took a 16-hour ride through mountains and jungle to meet with producer and Stonetree Records founder, Ivan Duran, at his studio in neighboring Belize.

“His songs struck me like instant Polaroid pictures into the soul of a young and proud indigenous generation that had finally woken up in Guatemala. I remember thinking, “There’s hope! The resistance is not dead!”

After playing song after song for hours, the recording process began then and there.

Guatemaya revives the ancestors and lets them loose on the dance floor with such tracks as “Pa’ que se Levanten" (Rise Up!) , “El 20” and “La Voz Popular” (The Voice of The People) celebrate indigenous resistance and popular empowerment, while “Guatemaya”, is a proud assertion of Mayan identity, graced by Mayan-language rapper Tzutu Kan, that’s become something of an anthem among the youth of Guatemala.

The result is a whole new chapter in the music of Central America and Stonetree Records. Guatemaya marks the first direct release to the U.S. market from the legendary, independent label that brought Andy Palacio, Aurelio Martinez and other Garifuna greats to the world.

Special thanks to my great inspirations: my father, Arturo Martinez, for gifting me music as my inheritance, and my mother, Flor de Maria, and my sister, Adriana, for always supporting me and my dreams. This album is dedicated to my children, Sebastian, Naia, Inti, and Ilan, and to my beloved Guatemaya.

All songs published by Stonetree Music, all rights reserved.

Bandcamp Daily  your guide to the world of Bandcamp